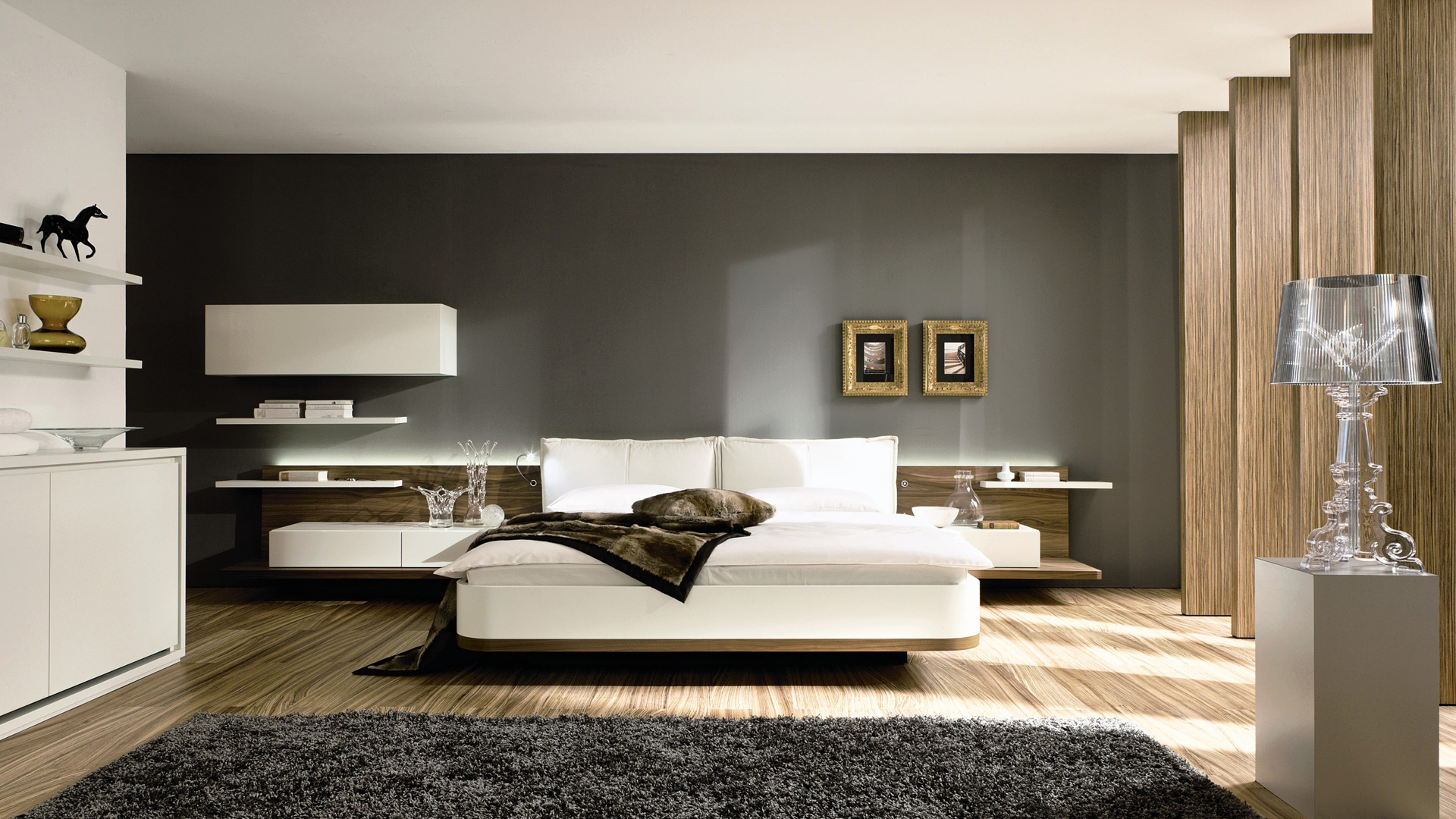 Situated in Brisbane’s newest cosmopolitan precinct, from the creators of Brisbane’s most iconic destinations

The Nundah Village transformation. From the creators of remarkable success stories such as James street at Fortitude Valley, The Barracks at Paddington and SW1 at Southbank. Property Solutions is creating Brisbane’s most desirable destinations, one village at a time. Be a part of the next chapter of Property Solutions proven track record in exemplary urban renewal.

See the buyer benefits below!

DEVELOPER Property Solutions has launched the final stage of its $270 million Circa Nundah Village project. The nine-level, 120-apartment, Three Nundah Village building was fast-tracked due to strong sales in the previous releases.

Property Solutions managing director Kevin Miller said buyers were increasingly drawn to the precinct “We’ve secured high-quality retailers and dining operators which have significantly uplifted the area and made it a destination rather than a thoroughfare,” he said. Open-plan living areas and full-length glass are likely to attract owner-occupiers “This particular area of Nundah has been gentrified over the past few years and that has had a very positive effect on sales.” Buyer demographics are also shifting from investors in the early stages of the project to owner-occupiers now looking for lifestyle options. The Nundah Village precinct comprises several residential buildings, a Woolworths supermarket, 11,000sq m of office space and retail, dining and lifestyle amenities.

The new building will comprise one and two-bedroom apartments with prices starting at $376,000, including a car park. Kitchens will feature stone benchtops and stainless steel appliances. The air-conditioned apartments will have open-plan living areas with floor-to-ceiling glass. Kitchens will feature stone benchtops and European stainless steel appliances. Property Solutions has completed 150 projects throughout its 20-year history, including the Centro on James Street project, the $350 million SW1 development in South Brisbane and The Barracks, a $150 million mixed-use and entertainment precinct in Paddington. Enjoy a variety of shopping, dining and entertainment options, just meters away from your doorstep. Thanks to the Airport Link, Nundah Village is only six minutes to the Brisbane domestic and international airport terminals, and ten minutes to the Port of Brisbane. This close proximity to Brisbane’s three major employment nodes makes THREE Nundah the perfect choice for either the owner occupier or the investor.

Circa Nundah Village was recognised for its contribution to Nundah’s gentrification with an Urban Development Institute of Australia (Qld) Award for Excellence in Urban Renewal in 2015.

Please see below for varying floor plans and floor plates together with the Project Information Video and all the applicable due diligence documentation provided as attachments.

Over the past decade, Nundah has emerged into one of Brisbane’s key urban renewal suburbs. The revitalisation of Nundah Village, combined with close proximity to employment hubs and major transport infrastructure, has driven a demographic shift to young, professional residents.

With a large modern retail plaza below, dropping down to the shop takes on a new literal meaning in THREE. Nundah Village itself is comprised of a 25,000m2 retail plaza boasting a diverse range of bars, cafés, retail, health and wellbeing services in addition to a 2,000m2 Go Health Club, with capacity for 5,000 members.

Residences in THREE have been designed to reflect the vibrant location, with all apartments boasting open plan designs and lush living areas. The carefully considered apartments include quality finishes and luxury appointments, complemented by generous balconies and terraces.

These beautifully designed, open plan apartments are immersed in the heart of the Village. Enjoy a range of cafes, restaurants, bars, and shops, as well as Australia’s largest Go Health Club gym- right on your doorstep. All apartments are bright and breezy with beautiful views, high-quality finishes, and luxury appointments. They are fitted with ducted air conditioning, European stainless steel appliances, and private terraces and balconies. Residents will also have exclusive access to basement car parking, a heated lap pool, and the Sky Lounge.

THREE Nundah Village’s apartments continue the theme of connected living, with a varied open plan, 1, and 2 bedroom designs that exude a relaxed, simple approach to living. Finished with a sophisticated flair, these light, breezy and spacious residences have been adorned with fixtures and fittings of a caliber that’s sure to satisfy even the most design-conscious urbanite. Demonstrating the developer’s exacting attention to detail at every turn, all apartments feature large, picture windows that invite the outdoors in, ducted air-conditioning, European stainless steel appliances, chrome bathroom accessories, glass, and Caesarstone benchtops. Flowing on from the kitchen and living areas you’ll find varied balconies and terraces, offering ample alfresco space for dining, or simply relaxing and taking the scenery. All apartments enjoy views of the plaza below or the surrounding area, with apartments on the upper levels boasting magnificent vistas to the bay and beyond.

Nundah THREE has a Walkability Score of 94 out of 100. This location is a Walker’s Paradise so daily errands do not require a car.

With today’s new focus on green living, urban efficiency, and simplification, a property Walk Score is important to consider. Why is the Walk Score for renters and buyers so important? Consider the following… • Walkability and public transit are associated with higher property values • Transportation costs are the 2nd largest household expense • Commute time and places to walk are two of the most important criteria for tenants and property buyers  • A home’s location (location efficiency) is often more important than the building’s energy efficiency

Properties proximity to employment, transport, and infrastructure do experience higher demand and growth

Over the past decade, Nundah has emerged into one of Brisbane’s key urban renewal suburbs. The suburb is within close proximity to the largest employment hubs in the state and is serviced by major transport infrastructure. Nundah is situated in Brisbane’s inner north approximately 8 kilometers from the Brisbane CBD.

Walkscore rates Nundah as “Very Walkable” with most errands being able to be accomplished on foot. Over the past decade, Nundah has emerged into one of Brisbane’s key urban renewal suburbs. Nundah is now a thriving mixed-use node combining commercial office space, retail shops, restaurants & bars, and residential dwellings.

The pace of population growth is also gathering momentum in the State of QLD. We are also seeing an increase in the rate of departure of residents from NSW with an increase in QLD, housing affordability in QLD relative to NSW is likely a contributor to these figures, as well as renewed demand for lifestyle options along the Queensland coastline.

There has recently been an uplift in net interstate migration to QLD which is running in parallel to the larger outflow of residents from NSW; this will be an important trend to watch over coming quarters, particularly in relation to how it impacts on housing demand in QLD.

No wonder home buyers and investors are purchasing into Brisbane. Nundah THREE property price entry points make it an affordable alternative over buying in Melbourne and Sydney. This is a very important consideration especially now where lenders are limiting and restricting the amount of money applicants can borrow.

Circa Nundah is the latest project in Nundah Village. This $200 million mixed-use village will comprise of bars, cafes, restaurants, office space and designer apartments. Built on a 3.5-hectare site this master-planned urban village will revitalise Nundah and provide a level of retail and lifestyle amenity to residents and village workers unsurpassed in Brisbane’s fringe suburbs. Nundah is ideally located on Brisbane’s major transport networks, truly connecting rail, road, and air. Just six minutes to the CBD via the Airport Link Tunnel and 8 minutes to Brisbane’s Domestic and International Airports, Circa Nundah is Brisbane’s next urban renewal success story.

Nundah offers plenty in the way of amenities. Two major shopping centres are close, rail and buses service the area. The gateway arterial provides easy access to either the Gold Coast and Sunshine Coast.

The airport is in close proximity and Nundah and surrounding suburbs support the growing population at the airport in terms of accommodation and housing; it is envisaged the population of workers at the airport with quadruple over the next ten years. Situated 8kms from the CBD, Nundah is now considered an inner northside suburb. The rate of growth in Nundah has been strong over the past several years soon Nundah will be a thriving cosmopolitan hub.

Queensland’s economic landscape is one that is growing in popularity and strength. Brisbane, being the largest economic hub in the north, can be used as an indicator of our sunshine state’s performance. Recently, Brisbane’s metropolitan economy has experienced a rise in employment, shifts towards technology-based industries and population levels outpacing previous forecasts.

Revision of past projections shows Brisbane’s municipality growing at a rate of 27% faster than expected. The catalyst for this growth has been interstate migration, driven by first home buyers and families from our major, less affordable (Sydney and Melbourne) opting for the city as a more attractive and economical lifestyle.

Population growth is a positive sign for an economy, it typically indicates that residents are attracted to the region by strong employment opportunities, high health standards, and appealing lifestyle. What a continually growing epicenter of people does, however, is produce an inherent need to provide efficient infrastructure planning. The demand for adequate health, entrainment and transport amenity is one that grows with a population.

Queensland’s state government and Brisbane’s governing bodies have taken a proactive approach to solving this impending challenge. Planning regimes have been implemented that include significant contributions towards public infrastructure while promoting private investment into major precincts. This includes planned interconnection of future transport links and commitment to urban renewal precincts is all part of the ‘Brisbane vision’, aimed to provide long-term planning for a future city.

When citing the Australia New Zealand infrastructure pipeline, it is clear how concentrated the state’s spending is on the Brisbane economy. Of a possible 43 major projects in Queensland, 30 are located in south-east Queensland, of these a large majority are central to Brisbane city. Below is an outline of ten infrastructure projects that are expected to be produced by 2025, in Brisbane’s inner ring:

Currently in the pipeline for Brisbane’s economy is over $20 billion worth of approved infrastructure projects. This exceptional level of development has spurred industry powerhouses such as Cushman and Wakefield to state Brisbane’s economy will grow by 16% over the next five years and is expected to boon those that are vested in the economy. This reported infrastructure boom will have a two-tiered effect. Initially providing primary employment to the engineering and trade industries throughout production and secondarily leaving reusable amenity to the future population in the form of transport, facilities and new landmarks.

Brisbane continues to undergo a widespread evolution as it transitions into a world city. What was previously Queensland’s economic engine is now a flourishing epicentre of culture and entertainment. Consequently, an appealing lifestyle continues to draw Australian residents north. As Brisbane progresses it is our view that proximate property markets will benefit.

As a buyer of the BPRE Real Estate network you will qualify for the following benefits:

Please contact the Agent John Ferretti to discuss the above benefits in more detail. 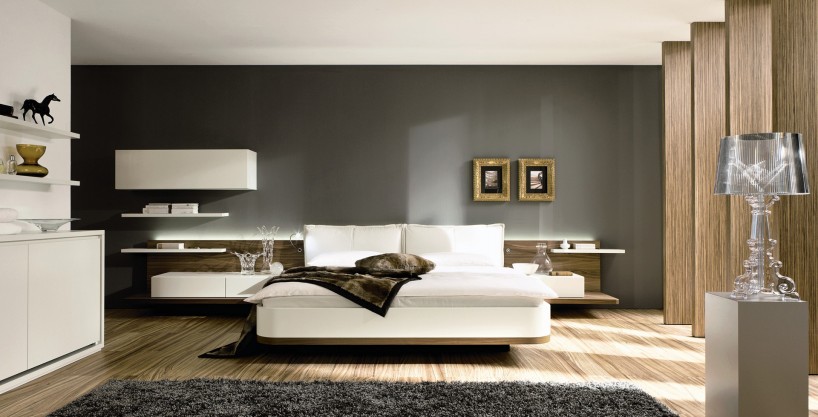 Premium Riverside Living on the Edge of the City Project… 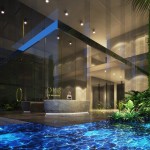 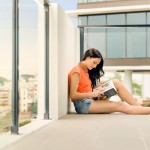