Situated in the northern growth corridor, Doreen is located approximately 26 kms to the North of Melbourne’s CBD and is conveniently situated near the Metropolitan Ring Road which allows an easy 35 minute drive into the city centre. Doreen has undergone extensive Residential development over the past 7 years with new shopping centres, primary schools like the prestigious Ivanhoe grammar and proposed Secondary high school. The Government just announced $11.5 million dollars to be spent on a new Secondary School for Doreen.

Amenities in Doreen comprise of wetlands, parks, playgrounds a community centre and sporting facilities. Recent Land Estates within the Doreen locale have emphasised the use of trees and parklands in line with the semi-rural surrounds.

Doreen benefits from its close proximity to Epping which the State Government has designated a principle Activity Centre and is subject to significant economic, residential, commercial and retail development, as well as investment, having regard to its connection to the Principle Public Transport Network.

An example of this is the recent upgrade of the Epping railway station. A 125 hectare Industrial Park “National Enterprise Park” which is expected to employ up to 22,000 people approximately within the future.

With Townhouses for sale in this picturesque semi-rural Suburb in the shire of Whittlesea, Doreen’s new Community Development is the perfect place to call home. The Development has taken advantage of its surrounding tranquil rural views, and incorporated the historic River Red Gum trees into the development’s landscaping designs, offering several recreational reserves and a variety of favourable outlooks. The development is within a central location, walking distance from shops.

Plenty Gorge Park is located adjacent to The Development and provides visitors with wide open spaces, picnic areas, wildlife habitats and walking tracks, never to be built upon. Visit for more information on things to see and do.

Although Doreen Central is a relaxing rural environment, there is also plenty to do and see, with several parks nearby with walking tracks, wetlands, and an abundance of native fauna and flora. A range of recreational and sporting facilities neighbour the estate and a variety of shopping plazas are within easy travelling distance.

What makes this Development Different?

Doreen is a suburb of Melbourne, Victoria, Australia, 26 km north-east from Melbourne’s Central Business District. Its Local Government Area is the City of Whittlesea and the Shire of Nillumbik. The suburbs has changes dramatically with major Developers purchasing acres of lands and creating new communities which has added to the large population growth.

It has been one of the major areas of new residential development in the Plenty corridor, north of Melbourne. The suburb has a young age structure dominated by families with children. In general, people in Doreen work in a Professional occupation.

Doreen has undergone a substantial population surge since its redevelopment. It Tends tend to attract Young Adults and couples with kids due to the range of services in the area, access to universities and proximity to public transport, as well as rental accommodation.

Some of the Amenities Nearby

Buying this property for investment?

Below is a snap-shot of the income and expenditure analysis for a property purchase of around $450,000. The investor would actually be in a cash-flow positive position (making around $40.00 per week) after Negative Gearing benefits are taken into consideration. The benefits will change based on your income, interest rates, loan term, depreciation, general property expenses and other market conditions.

Customise your calculation by using our Negative Gearing Tax Simulator – input your actual income and proposed purchase price. Please read the Disclaimer and Explanatory notes before use. Kiama Place Project Description Positioned on the last 15,000sqm of…

Advance Search is already enabled in the header.

The Poplars Discover a new lifestyle of comfort, style and…

Brooklyn on Brooks Luxury Fortitude Valley Apartments As one of… 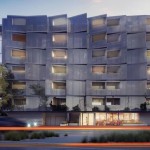 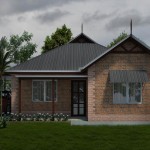