There has been an explosion in the number of suburbs nationally with a median value in excess of $1 million over the past year.

Combined capital city home values have increased by 10.2% over the 12 months to July 2014 according to the RP Data Home Value Index. As a result of this robust growth we have seen the cost of housing increase and subsequently a significant increase in the number of suburbs with a median value of $1 million or more. Proportionately, Sydney suburbs comprise 61% of all $million plus suburbs nationally followed by Melbourne at 14% and Perth at 12%.

With mortgage rates low we are seeing a lot of activity in the market by people upgrading their home. Clearly as evidenced here a large slice of that activity is happening within the higher-end of the housing market propelling home values higher and more homes into the $million realm.

Looking at the suburbs nationally with the highest median value, it would come as little surprise that Sydney’s Point Piper remains the nation’s most expensive housing market. As at June 2014, houses in Point Piper had a median value of almost $5.7 million. Woolwich in Sydney was not far behind with a median value of $5.5 million.

The data shows that higher values, particularly in Sydney are becoming more prevalent. With mortgage rates low and tipped to remain low we would expect that in 12 month’s time we will have even more suburbs with a median value of $1 million or more. Although we anticipate the rate of value growth is likely to slow over the coming year, we do expect further increases.

While the rise in suburbs with a $million plus price tag is great for those who own a home in these areas of course for those that don’t it highlights that these buyers have fewer housing options and continue to be pushed further away from the city centre (where the $million homes are more prevalent).

The Poplars Discover a new lifestyle of comfort, style and… 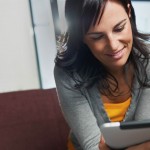 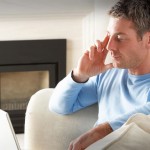